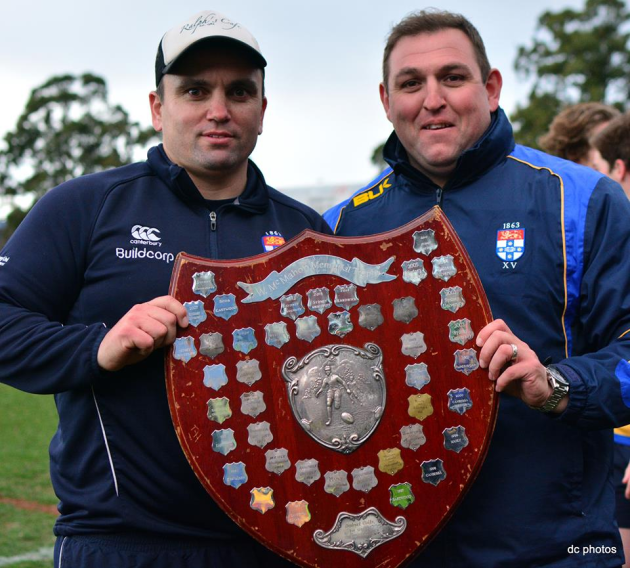 Paul Cook
Behind the Ruck

From the outside looking in, taking up the reins at Sydney University after they’ve just missed out on finals football for the first time in 19 years, and given the increased levels of competition to contend with in the 2018 Intrust Super Shute Shield, seemed a daunting proposition. Add in the fact that you are inheriting one of the youngest squad’s going around, and that you will be stepping into the shoes of two departed club legends – Tim Davidson and Tom Carter – and that challenge becomes even more formidable.

Conversely, if you’re a glass half-full kind of person, you could see it as the best possible time to come in and use what was working, and put your own stamp on things. Clearly, new head coach Robert Taylor falls very much into the second category. The former Director of Rugby at Auckland University has transitioned seamlessly from his role in charge of Colts at Camperdown into his new position, done things his own way, and the results are unquestionable. After their dazzling 45-13 defeat of Manly in round six, the Students sat proudly on top of the ladder with just one loss to their name, and a points differential almost double that of anyone else.

“To be honest, taking over Colts in 2016 was more daunting because their record is incredible,” explains Taylor. “I know that 1st Grade, in terms of the level of competition, is a harder comp, but Colts had won all three grades the year before I came in, and there was an expectation to keep it going. If Uni had won the Shute Shield last year it would have been another tough gig. But coming in at a lower level for a couple of years and getting used to that expectation makes it easier.

“There wouldn’t be another club in the world with Uni’s record of Premierships in Grade and Colts. There are such high standards and a record of high success, that it would be a tough club to just drop into as a stranger and try and go for it. Working alongside Tom and Tim, who you can easily say are legends of the Shute Shield and of Australian rugby with their records, was invaluable. They bleed University rugby, so just parking up alongside them for two years and working with them, I was able to see what was successful for them and put my own spin on that.”

A cornerstone of their success thus far has been the familiarity between Taylor and much of the young talent at his disposal, from their time together in colts as he oversaw a period where 1st colts won 42 straight matches under his watchful eye. His encouragement for them to express themselves has created an environment that is allowing exciting backline players like James Kane, Will McDonnell, Guy Porter, Harry Potter and Tim Clements to flourish.

“That whole continuity of guys coming through has made it a lot easier,” he agrees. “After two years of working with the same nine and ten combination in Colts, the conversations now can be just two words, and they and the fullback know what I’m talking about. That succession is showing out on the pitch, it’s not clunky.

“The great thing about youth in any team is that they’re going to back themselves, and I think the supporters of Uni rugby can maybe see a few mistakes out there, but they can also see a bunch of guys having a crack.”

With a series of clashes against the traditional competition heavyweights to come over the next few weeks, their renaissance will be truly put to the test, a scenario that keeps Taylor firmly grounded in his expectations. “It’s nice to be scoring points and learning at the same time, I think that’s the ultimate for any team and we’re managing to do that. But life is good when you’re winning, and the flipside can be very different. It’s working well at the moment, but there’s still a long way to go.”